S.M.A.R.T PDR is an environmentally-friendly dent repair method that can restore your vehicle back to its original condition without the need of costly panel replacements or a lengthy repair time.

S.M.A.R.T PDR is an environmentally-friendly dent repair method that can restore your vehicle back to its original condition without the need of costly panel replacements or a lengthy repair time. 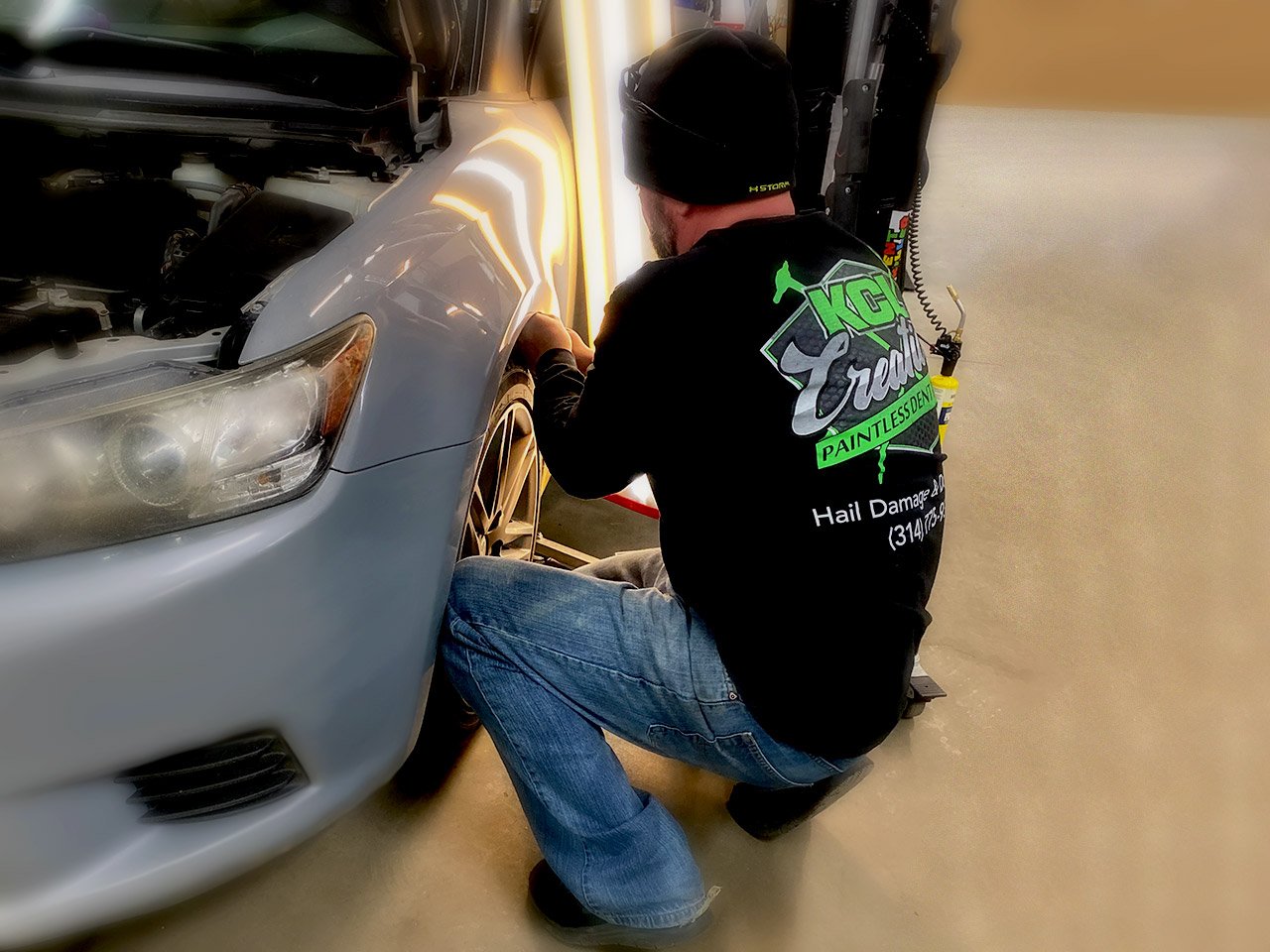 The acronym S.M.A.R.T. stands for “Small to Medium Area Repair Technology”. This term refers to a specialized set of techniques and processes used to repair some areas of a vehicle. In most cases these repairs can be performed in a short amount of time and with minimal out-of-pocket costs to the customer.

The goal behind S.M.A.R.T. repair is to use specialized tools to address vehicle damage in a localized area, (such as a single panel, ie: door, fender, hood, bumper, etc.) without the need for panel replacement or incur major costs with lengthy repair times. The S.M.A.R.T. method allows vehicle owners to keep their vehicles exterior in great shape at an affordable cost.

The S.M.A.R.T. PDR process involves four primary steps in order to achieve a like-new status and that the dent is completely repaired

The first step in S.M.A.R.T. repairs is to visually assess the damage. We’ll locate the dent and determine the dent’s characteristics: how big is the dent, how deep is the dent, is there a crease in the dent, etc…

In most cases, PDR requires the back side of the dent to be exposed and accessible. This means we carefully remove the applicable body panels, light enclosures, or in some cases we have to remove the interior panels and wiring to properly gain entry to both sides of the dent.

Once the dent is exposed on both sides, we use our specialized lights and equipment to highlight the dent/damage. This paints a clear picture of all of the dent’s characteristics and allows our techs where to start.

Once the dent/damage has been accessed, viewed, and the lighting has been properly placed, our techs apply the right amount of pressure and techniques to slowly massage the dent back to a like-new condition.

WHAT SIZE DENTS CAN BE REPAIRED WITH PDR?

Dent Size: 2-inches or less in length or diameter

Dent Size: 3 to 5-inches in length or diameter

Dent Size: 6 to 10-inches in length or diameter

How long does S.M.A.R.T. take to repair a dent?

Usually standard dent repairs can be started and completed in the same day. However, in some cases a large dent repair project—such as hail removal, could take a few days to complete.

Our S.M.A.R.T. Paintless Dent Repair techniques can remove a variety of dents, dings, and body creases on vehicle panels, hoods, rooftops, and bumpers. If the dent does not include any damage to the paint, it is likely repairable.

Does S.M.A.R.T. PDR affect resale of my vehicle?

S.M.A.R.T. Paintless Dent Repair maintains the current value of your vehicle because PDR repairs dents and dings without the need of replacing panels and or paint.